The Difference Between Synthetic Nicotine And Natural Nicotine

With Health Canada continuously tightening its grip on nicotine products, you may be wondering if synthetic nicotine is a viable option for your products and how it’s regulated. This article looks at synthetic nicotine (SN), its origins, and its regulation in Canada.

While a new wave of synthetic nicotine products is just emerging, a quick search reveals it’s not something new. The tobacco industry had already considered using SN in the 1960s but abandoned the efforts due to high costs and insufficient purities.

But due to the changing laws and the evolution of electronic nicotine delivery systems, there seems to be a renewed interest in synthetic nicotine as companies seek new, cheaper and safer ways to create consistent products.

What Is Synthetic Nicotine

Synthetic nicotine refers to nicotine developed in a lab and not derived from tobacco leaf. It is synthesized using a chemical or enzymatic process and is therefore not a tobacco product.

In tobacco plants (S)-Nicotine is predominant, making up > 99% of the total nicotine, while the (R) enantiomeric form makes up less than 1% with small amounts presumably formed during combustion.

(S)- Nicotine being the predominant form, is naturally responsible for the effects of nicotine products. Little is known about the pharmacological and metabolic effects of (R)- Nicotine as it is still understudied, probably because of the minuscule amounts it occurs naturally. However, with SN gaining popularity fast, it is necessary to understand its effects.

As we have already mentioned, SN is not derived from the tobacco plant, but it can be identical to natural nicotine. Synthetic nicotine can be 99%+ (S)-nicotine, or it can be racemic of (S)-nicotine and (S)-nicotine, usually in a 50-50 ratio.

Difference Between Synthetic Nicotine And Nicotine

The main difference between synthetic nicotine and natural nicotine is the source. SN is synthesized using a chemical process in a lab, while nicotine is derived from tobacco leaf. But whether it’s manufactured artificially or extracted from the plant, nicotine molecules have the same chemical structure C10 H14 N2.

Both have the same effects, although some users allege there is a difference in flavour. However, the differences seem to get murky when another “form” of nicotine – Tobacco-free nicotine comes up.

The phrase “Tobacco-Free Nicotine” (TFN) is trademarked by Next Generation Labs for its TFN products, but it is now generally used to refer to synthetic nicotine.

There are fears that processed tobacco-derived nicotine products may be marketed as “tobacco-free” because they don’t contain plant residues. Although there is virtually no difference between synthetic and natural nicotine products, they may fall under different regulations.

For example, in the USA, “pure nicotine” derived from tobacco is still considered tobacco-derived and therefore falls under the FDA’s regulatory scope under the Tobacco Control Act (TCA). As such, you would still require a PMTA (premarket tobacco product application) to sell or import in the USA.

Where Does Synthetic Nicotine Come From

A patent assigned to Next Generation Labs, a SN manufacturer, describes a synthetic pathway that starts with ethyl nicotinate, an ester of niacin. The compound is reacted with N-vinyl-2 pyrrolidinone to form myosmine, a tobacco alkaloid that is then reduced to nornicotine. Nornicotine is methylated to create a racemic mix of (S) and (R)-nicotine.

However, not all producers use the process outlined above. Contraf-Nicotex-Tobacco (CNT) is a German company known for being the biggest supplier of pharmaceutical-grade nicotine worldwide. Patents assigned to CNT describe a process that first synthesizes racemic nicotine from ethyl nicotinate and N-vinylpyrrolidone nicotinic acid. The racemic mix undergoes a stereoselective purification process using L and D enantiomer of an O, O’-disubstituted tartaric acid. The final product is (S) nicotine.

Another patent assigned to Zanoprima describes a process with myosmine as the starting material. The myosmine is stereoselectively converted to S-nornicotine using a recombinant enzyme which is then methylated to (S)-nicotine.

Most popular processes seem to start with ethyl nicotinate, resulting in S-nicotine. The methods companies choose are mainly dependent on cost. Synthetic nicotine production is estimated to be three to four times more expensive than the current cost of tobacco-derived nicotine.

However, these prices are falling as synthetic nicotine is gaining acceptance and production is scaling. The main challenge, however, remains the labelling and how to differentiate tobacco-derived nicotine from racemic (S and R) nicotine and S-nicotine.

Is Synthetic Nicotine Legal In Canada?

Despite the growing popularity of synthetic nicotine, it remains in a regulatory void in Canada. The Tobacco and Vaping Products Act (TVPA) became law in 2018, expanding the Tobacco Act to include vaping products in a bid to protect Canadians from addiction and inducements to use tobacco.

However, the Tobacco and Vaping Products Act does not explicitly mention SN or its legality federally. However, the production of synthetic nicotine likely falls under the Food and Drugs Act and Canada Consumer Product Safety Act.

If your SN product makes a health claim, i.e., smoking cessation, then the Food and Drugs Act applies, and you have to get authorization from Health Canada before it can be advertised, sold in Canada or commercially imported.

If the product does not make health claims, it may still be subject to the Canada Consumer Product Safety Act (CCPSA). But where does this leave synthetic nicotine?

Although the TVPA does not mention synthetic nicotine, it defines a vaping product as “a device that produces emissions in the form of an aerosol and is intended to be brought to the mouth for inhalation of the aerosol” and “a substance or mixture of substances, whether or not it contains nicotine that is intended for use with those devices to produce emissions.”

In the Nicotine Concentration in Vaping Products Regulations, Health Canada defines a vaping substance as defined in the TVPA. The regulations also don’t distinguish between tobacco-derived nicotine and synthetic nicotine. Instead, they cap all nicotine concentrations intended for retail vaping use at 20 mg/ml.

The regulations also state that “the provisions of the TVPA apply to all vaping products, including those regulated under the FDA except where they are expressly excluded.”

As such, it is safe to assume that synthetic nicotine is regulated similarly to tobacco-derived nicotine, seeing that the TVPA and the Nicotine Concentration in Vaping Products Regulations do not differentiate the two and instead just mentions “nicotine.” 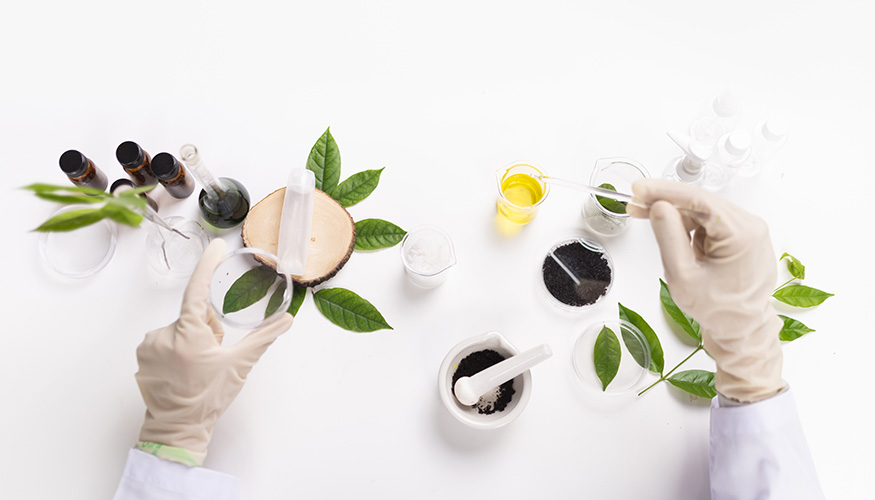 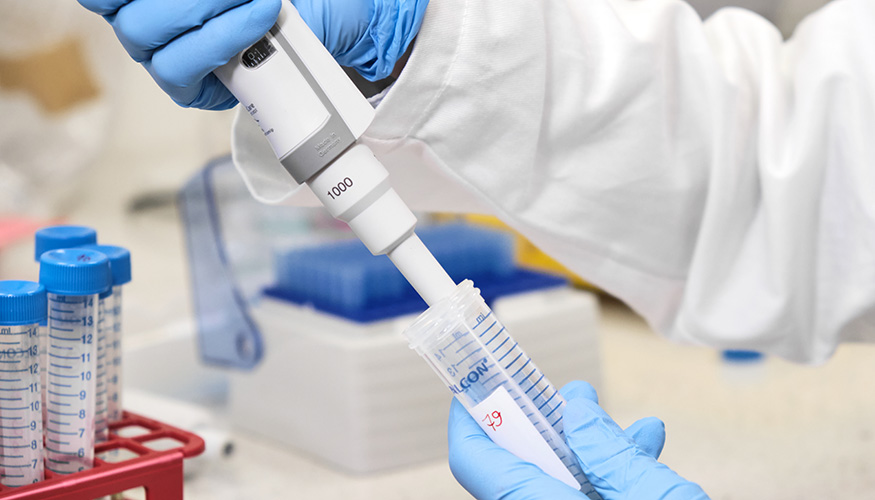 Learn How To Analyze Cannabinoids  How and why should you analyze cannabinoids? This article explains it all. Cannabis companies often do not see the big picture when it comes to analyzing cannabinoids. They only care about the potency of the product and not the... 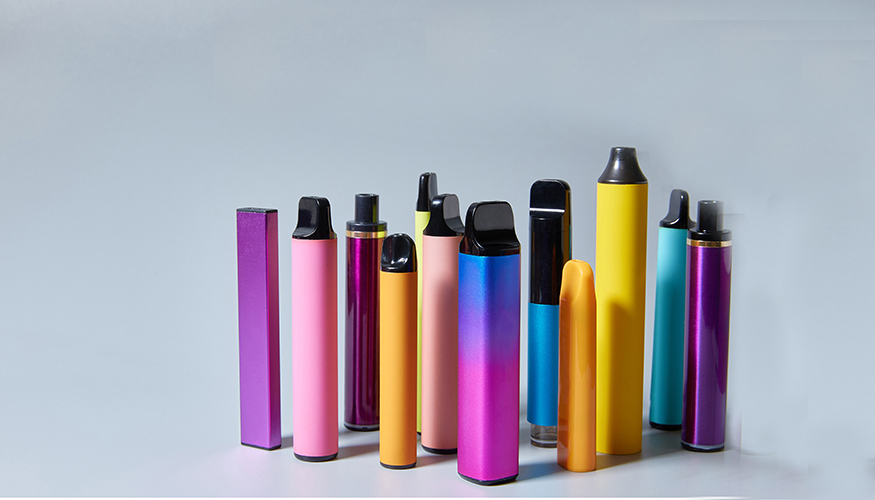 Nicotine Products & Where To Get Them Lab Tested In Canada

Here Are The 3 Main Forms Of Nicotine Products In Canada There are many types of nicotine products in the market used to deliver nicotine to the consumer. These include anything with tobacco like the traditional cigarette or chewing tobacco. However, nicotine delivery...